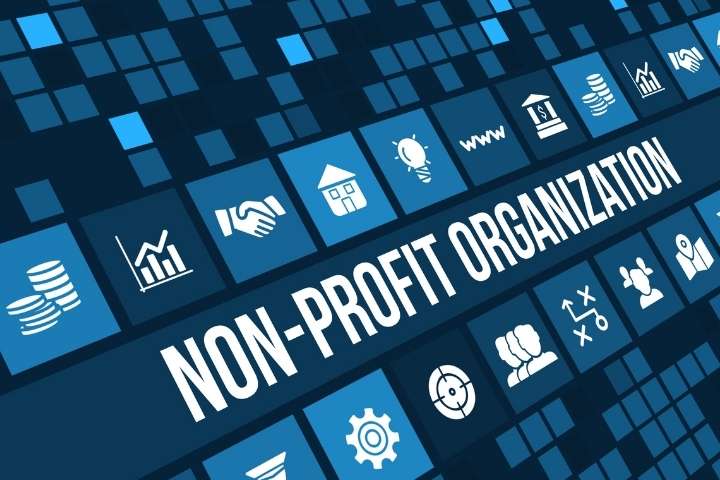 Blockchain and Bitcoin have been on everyone’s lips, at least since Facebook announced in June 2019 that it would enter the crypto world with its own cryptocurrency Libra. But what is blockchain about, and what effects does the technology have on the non-profit sector and fundraising?

Blockchain – What Is It?

Put, blockchain is a quasi-endless chain of digitally connected cash books. Every transfer action is recorded in a database and can be viewed by everyone, but it is encrypted and forgery-proof.

The technology’s breakthrough came with the invention of bitcoin – a digital currency independent of banks and based on a cryptographic, i.e. very difficult to decipher, algorithm. But blockchain can do a lot more. Sweden tests land registry entries using this software, Australia tests solar power trading. Blockchain experts predict that notaries and lawyers will become superfluous, and visits to authorities, wills, and even marriages can occur virtually. Even blockchain elections, where everyone can see whether their vote has been counted, are in the room.

Even if blockchain is still in its infancy, there are already application ideas in many areas that can revolutionize our society.

Seven Possible Uses Of The Blockchain In Fundraising

The technology also has the potential to transform the non-profit sector profoundly. In addition to reducing administrative costs, for example, through simplified general meetings and autonomous organizations with minimal administrative effort, the possible applications in the fundraising area are particularly diverse. Seven of the most common fundraising use cases are outlined below.

The blockchain’s greatest potential in the fundraising area lies in the chance to build trust in the use of donations and thus address more donors. Thanks to blockchain technology, donors can always clearly track the path of their donation.

An international example is the “Bitgive” or “Alice” platform. A well-known example from Austria is the “Token4Hope” project. The system was developed by the innovative startup “Collective Energy” together with the Vienna aid organization. It is a cashless, transparent and tamper-proof donation system with anonymized data based on the blockchain. The system brings donors and recipients closer together and can make peer-to-peer, i.e. direct, transactions possible in the future.

More and more capital has accumulated in various cryptocurrencies such as Bitcoin, Etherum or Ripple in recent years. Donating crypto is an easy way for cryptocurrency holders to access their funds. With the introduction of Facebook’s cryptocurrency Libra, crypto donations are likely to become even more relevant because Facebook aims to make Libra a great alternative currency.

For tax purposes, donations of cryptocurrencies in Germany are considered donations in kind. In Austria, the SOS Children’s Village, among others, already offers this innovative donation option in cooperation with the fintech Bitpanda. Great growth is forecast for

Crypto donations and the target group of cryptocurrency holders – mostly young and tech-savvy – represent an interesting new donor target group for innovative non-profit projects. Donating cryptocurrencies also allows simple anonymous donations. This also eliminates the need for letters of thanks, possible phone calls and newsletters. The resources freed up can, in turn, be invested in other projects.

Another advantage of crypto donations is that they can be transferred quickly and easily across national borders to wherever needed and without high bank fees. This flexibility is particularly relevant in ​​emergency assistance and can help avoid logistical challenges or corruption, for example. A successful example of international crypto donations is the ‘NGO Xchange’ or ‘bishop platform.

Transaction costs are not only incurred in international donation transfers. They are also between 2 and 5 per cent on many charity and crowdfunding platforms. The simplified processing of transactions reduces the costs for the platform. It can be assumed that some platforms will also pass this cost advantage on to non-profit organizations, making crowdfunding more attractive for non-profit organizations. The blockchain-based donation platform Bounties Network is already internationally successful.

Mining For A Good Cause

So-called ‘miners’ act as auditors for currencies such as Bitcoin and Etherum. You confirm the correctness of the transactions, i.e. you act as a witness that person A sent two bitcoins to person B. For this verification of the transactions, you will receive the fees of the transactions contained in this block as a reward. By making unused computing power available to charity mining networks, value can be created to benefit donation recipients. UNICEF Australia has successfully pursued this path with its own ‘Mining for Charity’ page, including instructions, but apps like Cudo Donate also offer this possibility.

There are currently several thousand different cryptocurrencies, many of which will disappear in the next few years. Notable among the cryptocurrencies is Pinkcoin, a cryptocurrency that has existed since 2015. The holders of the currency receive interest from her and can donate them to social organizations. You will also be rewarded with additional Pink Coins if you donate them. This cryptocurrency is unusual because it puts more emphasis on social impact than on pure profit.

Easy Influence On The Distribution Of Donations

Blockchain technology enables donors to have more influence on the distribution of donations for different projects. Joint voting is possible on the blockchain quickly and with very low administrative costs. Involving the donors creates greater emotional ties and motivation, which can positively affect the volume of donations.

Recommendations For Action For Non-Profit Organizations:

We are still at the beginning of the blockchain revolution, and there are some challenges to master, such as regulation, technological aspects and the general public perception of the topic.

However, the development is progressing rapidly. With the entry of Facebook with Libra in June 2019, the blockchain – which until now has often been the playground of techies and super nerds – is getting a new dynamic.

Even if there is still time, non-profit organizations should keep an eye on this development and deal technically, legally and tax-wise with how this technology can affect the Third Sector.They should also help shape this new technology that can have a major impact on our society.

Requirement Of It Is

To be able to identify the enormous potential for solving social and ecological problems and to act accordingly.