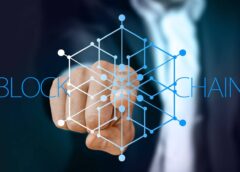 We showed the conditions under which blockchain could become a potential disruptor for several industries. Where are the risks and opportunities of this concept today?