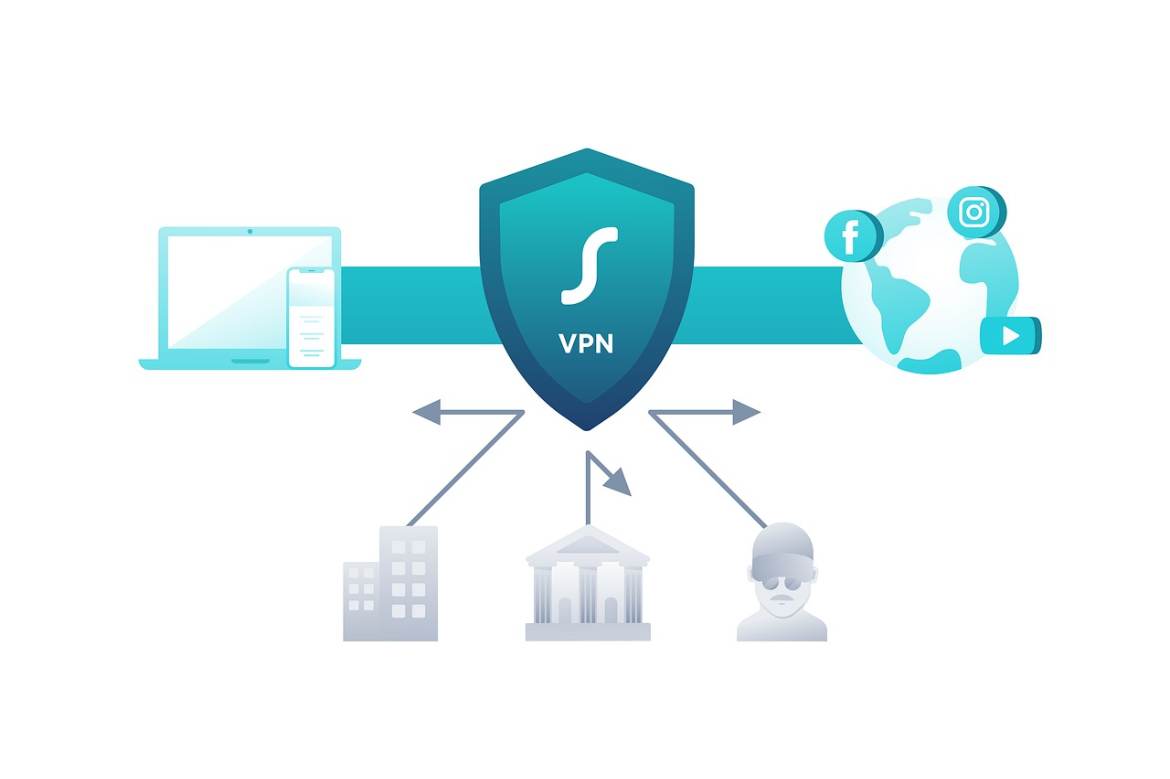 Virtual Private Networks have been in vogue for a few years and 2021 is no exception to this rule. Like many Internet users around the world, you may be thinking of installing a VPN on your devices but you don’t know if these tools are really worth it? We take stock of the pros and cons of VPNs to help you make an informed decision.

What Is A VPN?

Before listing the advantages and disadvantages of VPNs, let’s briefly recall what a VPN is and how this software works. VPNs, or Virtual Private Network in French, are software used to protect all of your data and your digital identity.

VPNs are compatible on many media such as computers, tablets, smartphones and often televisions and connected boxes. On this subject, if you are interested, we have tested several in order to establish a ranking of the best VPNs on the Fire TV Stick . Sometimes it is even possible to configure the VPN on a Wi-Fi router. Contrary to what one might think, these tools are not complicated to use.

Benefits Of A VPN

As we will see in this part, VPNs are useful in many everyday situations.

VPNs To Protect Your Data Online

The major advantage of VPNs is that they protect all your data circulating on the web: passwords, bank identifiers, sites consulted, files downloaded and sent. To achieve this, they create a secure tunnel between you and the Internet network through their VPN server. This tunnel is subject to state-of-the-art encryption.

Most often, this is AES (Advanced Encryption Standard) technology with 256-bit keys. So far, this standard has not been attacked. The information is therefore scrambled and untranslatable. Thus, your traffic cannot be decrypted by malicious people or even your Internet service provider. VPNs therefore act as shields against online surveillance, data theft and resale. You are also safe from targeted marketing. Enabling a VPN is highly recommended on public Wi-Fi networks where security is lacking.

If there is another advantage that can be attributed to VPNs, it is that they increase the anonymity and privacy of Internet users. These applications have the feature of hiding the IP address of its users . As a reminder, the IP address (Internet Protocol) is a unique number which makes it possible to identify each Internet user. It is the IP address that allows us to trace your identity. Your Internet service provider (ISP) can thus know which sites you have consulted.

With a VPN, the problem no longer arises because your connection will be redirected by a VPN server before joining the Internet network. It is therefore the IP address of the server in question that will be visible to websites. VPN server IPs number in the thousands and change regularly. Without seeing the originating IP address, your ISP cannot trace you or track your online activities.

VPNs To Change Your Geographical Location

The third benefit of VPNs relates to location modification. You should know that on the internet, it is possible for sites to know the location of visitors thanks to their IP address. The contents may therefore vary depending. To change its position, it is not enough to hide its IP address. It is also necessary to modify it; what VPNs can do thanks to their servers located all over the world.

Even better, you can choose which country you want to be in virtually by manually selecting the one of your choice from the interface. Generally, the territories covered are well identifiable and all it takes is one click to connect to them. The location change is then instantaneous.

Be aware that the amount of countries covered is an important point to consider when choosing a VPN. For example, ExpressVPN offers 94 countries compared to 59 for NordVPN.

The Internet is a vast network which, contrary to what one might think, is not accessible to everyone. Some sites restrict their content according to the geolocation of Internet users. Sometimes, access to a site is even totally prohibited. Fortunately, VPNs allow you to overcome these blockages by modifying the geographical position of users in order to make websites believe that they are elsewhere.

Here is a concrete example so that you understand better. For broadcasting rights reasons, it is normally not possible to watch French television channels outside of France. By connecting to a VPN server located in France, your IP address and your geolocation will be instantly modified accordingly. You can act as if you were in France and watch your favorite TV programs – even abroad. The same is true on other streaming platforms.

No matter your actual location, it is possible to change it to access the applications or sites you want. VPNs are therefore essential to navigate freely outside your country of residence when traveling abroad, on business trips and for expats.

VPNs To Bypass Censorship And Restrictions

Another advantage that can be attributed to VPNs is their ability to circumvent web censorship and internet restrictions. In some countries around the world, the Internet is still controlled by the government, which exercises a more or less strict form of censorship by blocking access to certain sites, thus preventing Internet users living there from browsing online freely. This is the case in China, for example, where Google, Facebook or even YouTube are not accessible. In this case, it is advisable to have the best VPN for China in order to bypass government censorship.

Blockages can also come from firewalls in schools or businesses. Using a VPN helps encrypt your traffic. Impossible for the Wi-Fi operators or the local network to ban you from anything since they will not be able to inspect your activity. Additionally, cloaking and changing your IP address to another territory helps to blur the lines as to your real identity. Thanks to VPNs, you can therefore thwart censorship in a secure way.

Did you know that a VPN made it possible to pay less for certain services? This is a less well-known advantage. Still, VPNs can sometimes save you a few bucks when making online payments. Indeed, on the internet, prices sometimes vary depending on the territory in which you are located (subscription to various services, plane tickets, etc.). Since VPNs change the location on the web, one can change it within seconds and thus get cheaper rates. Even though it only works in some cases, it doesn’t hurt to try.

VPNs As Bulwarks Against The Dangers Of The Internet

VPNs are also excellent bulwarks against the dangers of the Internet. This last advantage of VPNs is in fact the consequence of the strengths listed above. By preserving your anonymity and encrypting your information end-to-end, VPNs eliminate the risk of identity theft, data theft and phishing attempts. Even if they cannot replace an antivirus, some VPNs include tools capable of detecting and blocking sites that host malicious software.

Disadvantages of a VPN

After reviewing the advantages of VPNs, let’s dwell on the disadvantages of them. Even if they are less numerous, it is still important to point them out and take them into account.

VPNs Can Slow Down The Internet Connection

The first disadvantage of VPNs to highlight concerns the drop in connection speed. This slowdown is due to the technology that VPNs are based on, i.e. redirecting your traffic to a server. Your connection is no longer direct and goes through an intermediary, namely the VPN server, which will slightly affect your internet connection speed and increase response times. Note that the further the server is from your actual location, the slower the speed.

After listing the pros and cons of VPNs, you will notice that there are more strengths than weaknesses. In short, VPNs protect data, maintain online privacy, change geolocation, access blocked content, circumvent censorship, and reduce the risks associated with Internet use.

Besides that, Virtual Private Networks also have some weak points such as slow internet connection. However, this inconvenience can be minimized if you turn to a premium VPN like ExpressVPN. To date, this is the most effective provider we have tested.

Finally, installing a VPN is worth it since these tools can be used on a daily basis.