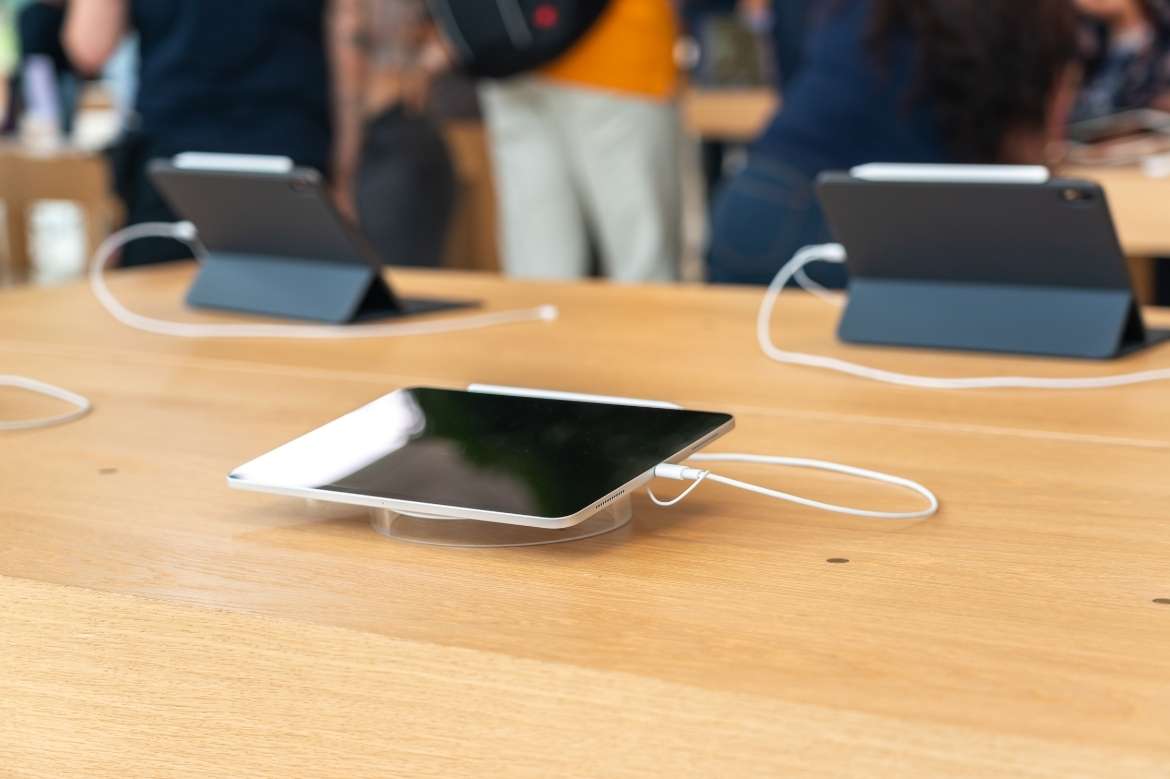 In addition to the Standard, Mini, and Air models, Apple also offers two current iPad Pro models. First and foremost, these differ in size. In our iPad-Pro comparison, we reveal all other differences and show you alternatives.

Apple presented us with the first iPad back in 2010. Since then, a lot has happened, and the tech giant has repeatedly added new models to its successful tablet range. They are so different than the manufacturer theoretically offering the right device for every potential customer. For professional users, there is, for example, the iPad Pro. The first iPad Pro model saw the light of day in 2015 – to date, there are ten different devices. We’ll show you which of them are still worthwhile and which is best for you and your needs.

Whether 11 or 12.9 inches: The iPad Pro from 2021 is the first iPad powered by Apple’s M1 chip. It previously made its debut in the MacBook Air and MacBook Pro. There he was able to inspire the world of technology mainly due to the groundbreaking efficiency. Suddenly, processes were feasible at a speed that only Intel’s top chips had previously achieved in Macs. And the M1 always stayed cool: The MacBook Air M1 didn’t even have an active fan installed.

That was probably not enough for Apple. The switch to the ARM architecture and the M1 has also been possible to increase battery life significantly. In the end, there was a system that had a lot of power under the hood and consumed astonishingly little energy. It was immediately clear that this would change the mobile sector again. It also seemed clear that the iPads should also benefit from it sooner or later.

Lo and behold: just a few months later, the M1 was also installed in Apple’s flagship tablets. Both Pro models now had power reserves onboard, which previously could only be supplied by a MacBook Pro (here the comparison) with an Intel i9 chip, which cost almost 4000 euros – with the same battery life … in a tablet. But what do you do with it?

Let’s cut it short: That is still not clear today. It is, of course, a great thing that you can have so much power on a tablet. The visions of how this could increase the benefits of such devices immeasurably – especially for professional users – are there.

But even if manufacturers and software providers are already working on specific solutions and some are already offering them, implementation is still lacking here and there: Nobody needs that much power to make a few markings in a text with the Apple Pencil. It will probably be a while before the world can fully exploit the iPad Pro (here in the test) with the M1 chip.

iPad Pro: Mini-LED Only For The Big One

The mini-LED display celebrated another technical debut in an iPad. The technology currently known from the MacBook Pro models from 2021 ensures that many small LEDs can illuminate the display precisely. In short, this leads, among other things, to higher peak brightness and generally to a more beautiful display. Initially, however, this technology only made it into the 12.9-inch model. The 11-inch iPad Pro continues to use the classic technology of its predecessor.

In addition, both model variants still rely on ProMotion technology, which enables a variable refresh rate of up to 120 Hz. This makes animations look significantly softer on your screens, and the overall user experience is smoother. This also has advantages for the Apple Pencil: Hardly any other tablet brings such a good drawing and writing experience to the displays as the iPad Pro models from 2021.

Other Improvements: Thunderbolt, Camera, And 5G

Furthermore, Apple has updated the front camera. The 7 MP front camera from 2020 has been replaced with a more contemporary 12 MP camera for the iPad Pro 2021. Therefore, this has a slightly higher resolution and is better suited for video calls and AI gimmicks.

It could be really exciting that Apple has replaced the classic USB Type-C port with a real Thunderbolt 4 port. This could prove to be a real trump card in combination with the M1 chip because it enables users to connect adapters with many ports and options thanks to the high bandwidth. In terms of hardware, the iPad Pro 2021 has the prospect of becoming a real laptop replacement.

In addition, the integrated cellular modules have been brought up to date. So if you opt for an iPad Pro 2021 with a SIM card slot, you can also receive the new 5G network standard with it. If you bought the tablet without a suitable tariff, it can, of course, also be concluded retrospectively. At this point, for example, the o2 my Data L is ideal, with which you have a full 60 GB of data available.

In conclusion, it can be said that, in addition to the display in its size and the technology behind it, there are no differences between the 11-inch and 12.9-inch iPad Pro 2021. So if you value the best display technology on a giant screen in an iPad, you should choose the larger of the two models. For those who prefer compactness, the 11-inch iPad Pro is a great alternative.

For The Bargain Hunters Among You: Older iPad Pro Models

If the current iPad Pro models are too expensive for you, you can, of course, also fall back on an iPad Pro from previous years. After all, the current iPad Pro with an 11-inch screen diagonal costs at least 879 euros. The 12.9 inch is only available for 1199 euros. You get a lot for your money, but that’s still a steep price for a tablet – even for professional users.

For us, one of the highlights of the iPad Pro is the angular design. Apple introduced this into its tablet world with the iPad Pro 2018 and has let it continue today. In the meantime, the Pro models and the current iPad mini and iPad Air come with the modern retro look. This is in line with the current iPhones, such as the iPhone 13 (here with a contract).

The iPad Pro from 2018 also comes in sizes 11 and 12.9 inches. In addition to the design, Apple already has built-in features that still make up the Pro models today. With the now three-year-old iPad Pro models, you also get a 120 Hz display and support for the second-generation Apple Pencil. You can draw, paint and write here with the highest precision.

FaceID is already on board here. TouchID has not been installed in the Pro models since the iPad Pro 2018. But that doesn’t mean that Apple has completely abandoned the standard. In addition to other model series, TouchID is also included in the iPad Air (here with a contract) and iPad mini. Due to the new design, the sensor was housed in the power button on the side. This enables you to unlock it reliably and, above all, securely with your face – practical. Why doesn’t Apple do the same with the Pro models? We do not know it.

The LiDAR scanner (similar to radar, measures depth and distances, and detects objects) is not built into the iPad Pro 2018. It promises to be a great feature, especially in the future – should it show its advantages in the AR area. So far, we as users haven’t been able to benefit much from this, but the tech giant is sure that technology will soon play a major role in our lives. After all, Apple is already installing the LiDAR scanner in some iPhones, such as the iPhone 13 Pro.

Even if it gives the impression, especially visually, that little has changed in the three years from 2018 to today, there are some differences between the older iPad Pro and the current iPad Pro from 2021. We summarize the most important ones for you:

A word about the built-in chip of the iPad Pro 2018: The Apple A12X has been around for a few years. For most tablet users, however, it will very likely be sufficient for a few more years. Only when you compare the tablets with each other with intensive tasks, do you notice any differences? For example, the iPad Pro 2021 with the M1 chip races away from the iPad Pro 2018 when it comes to video editing – but with everything else, the difference is barely noticeable, if at all.

Also Read: Control Apple Watch with Alexa – How it works